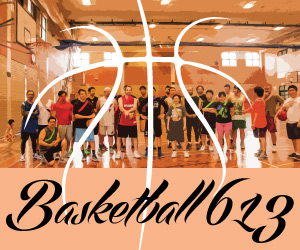 Basketball613 is the fastest growing and biggest independent group in Melbourne. At several locations across Melbourne, we organise social basketball and a unique championship for individuals and teams who enjoy playing competitively whilst having fun. A great place to improve your basketball skills and meet new friends. Basketball613 caters for players of all ages, skill levels and nationalities, our goal is to promote basketball, excellence in sports and an active lifestyle in local communities.

Melbourne Basketball613 promotes confidence and taking care of each other. Big chance that your going to get fit and if you put yourself in, you'll make a couple of friends along the way. There is no place for dirty tactics (in order to win) during games because they will just create tensions among players and adversely affect what the group is trying to promote. However, we expect everybody to play hard and really have fun.

We are competitive and often cheaper than most organised basketball games especially for those willing to commit.

The Melbourne Basketball613 enables participants to play to the level of their ability. Competitions are conducted at various venues available in metropolitan areas efforts are made to utilise these when possible.

The competitions conducted are primarily for "recreation" participation and although all teams are encouraged to compete to the best of their ability a "win at all cost" attitude is not supported. Individuals, or teams, displaying poor sportsmanship or poor conduct are advised that any repetition of unacceptable behavior will mean future entries may be rejected.

Players are allowed to score as much points as they like. As a "superior" player we encourage them not to dominate the game but to lead the team and encourage their team members with good strategies to win as a team. 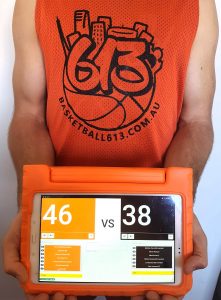 Our current members have varied skills. Beginners have played before and advanced players brush up skills and practice in a separate group. It helps to be able to be familiar with basketball terms and have the basic moves under wraps. However a passionate sports person who is keen learn could pick these up after a few weeks

Compete in our social basketball competition. We expect everybody to play hard and really have fun.