What is a pass and cut?

The pass and cut drill, is a basic offensive play in which a player passes to a teammate and cuts to the basket, attempting to break free of his defender and expecting a return pass from his teammate. If the defense is too tight, the offensive player will need to fake, feint, change of direction or change of pace in order to draw a reaction from the defender. When they see the pass and cut maneuver initiated, other offensive players must decoy their defenders from the basket area and passing lane. If free to receive a pass, the cutter should raise his hand nearest the basket as a passing signal and target. The pass can be a straight pass, a bounce pass, or a lob pass as the situation warrants.

Purpose of the pass and cut drill

The idea of this drill is to get players to understand that movement is very important as this will create space to allow the offensive player a clear path to the basket. Most beginners often stand around outside the key area or out in the 3 point line waiting for a pass. Doing so restricts the movement of the play since the defender will be standing in front of the offensive player restricting him/her to be able to receive a pass. The pass and cut drill we will be going through in Week 6 will simulate a real game situation. All team players on the offensive team needs to keep moving to open themselves up from the defense and be in a position ready to receive the ball. 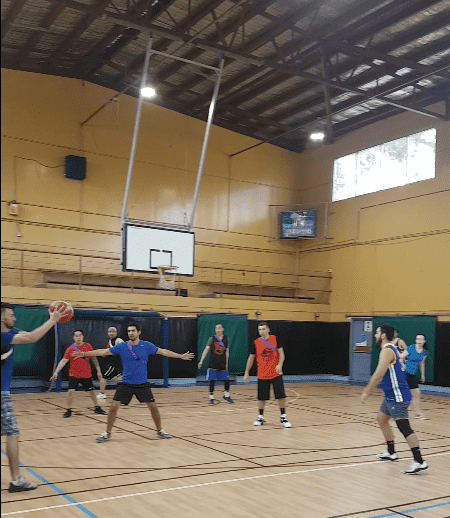 In the second half of the session, we will focus on a simple post up drill to teach players the basics of how to post up. Firstly, the player needs to establish his/her position at an area near the basket, usually just outside of the key. To post up, the player has his back to the basket, shielding his defender behind him with his body so that he can receive the pass with ease. The 4 main things we will focus on for the post up drills are as follows:-
Skills and drills for beginners )