Login
In Week 5, we will be learning a basketball fundamental skill which is setting and using screens in plays.

What is a screen?

A screen occurs when an offensive player attempts to block a defensive player away from the man he is guarding.  This will free up that offensive player for an open shot or pass. Setting good screens is a very important fundamental part of the game. Screens are most helpful in freeing up a teammate against a man-to-man defense, and in out-of-bounds plays, and there are often times when you want to screen a zone defense as well. Setting good picks are basic to most offensive plays. Oftentimes, it is the screener that gets open (after blocking the defender). So setting a screen is a good way to get yourself open for a pass and shot. The "pick and roll" is one of the simplest plays, but one of the most difficult to defend.

2. Be strong. Get your feet wide and plant your feet solidly. Do not move your feet once you have established this position or you will get called for a "moving screen" which is a foul.

3. Keep your arms tucked into your chest to physically protect yourself. Another reason is so that the referee can see that you are not pushing with your hands, or grabbing or holding the defender.

4. The angle, or direction, of the pick and the timing of the pick are probably the most important. You must have the correct angle, or position, when you set the pick.

5. After your teammate cuts around the screen, the screener blocks off the screened defender and cuts toward the hoop. If the defense switches the screen, often the "roller" will be open for the pass.

8. There are two options on the pick and roll play... pass either to the cutter, or if the defense switches, pass to the "roller". 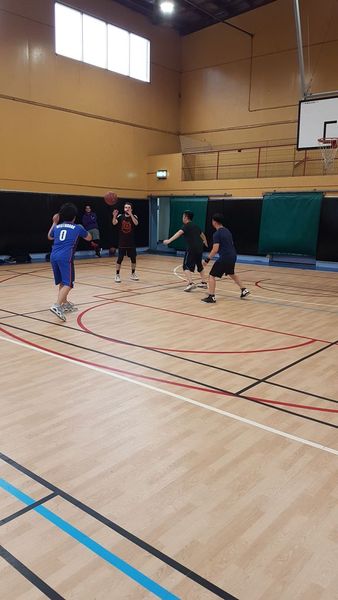